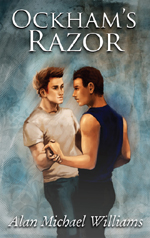 2011 will be for attempting to write a fantasy novel with queer protagonists.  I'm a yaoi fan, so expect the genre to influence my storytelling.

Email ThisBlogThis!Share to TwitterShare to FacebookShare to Pinterest
THEMES: welcome